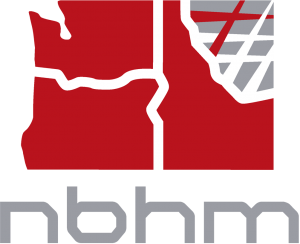 HIS Churches is the Church Planting program of the Northwest Baptist Home Mission, carrying out the Great Commission within Hispanic communities throughout the great Northwest.

HIS Churches E.W. is a coalition of pastors and churches in Eastern Washington, in partnership with NBHM, dedicated to promoting the establishment of gospel preaching Baptist Churches in Hispanic population areas.

When opportunity knocks, the wise person opens the door!

The Lord is bringing to our door-step these souls in need of the Christ, the Savior. Dare we say that we are too busy with caring for the sheep already in the fold to spend and be spent to reach this growing ethnic group among us? The mañana mentality will not do! We must act pronto!

“Do you not say, ‘Four months more and then the harvest’? I tell you, open your eyes and look at the fields! They are ripe for harvest.” (John 4:35)

There is no harvest without reproduction. We sow the gospel seed among Hispanics, it yields fruit, we conserve the fruit by gathering it into churches. Reproduction! We will ask the Lord of the harvest to bless the Sowers and the Seed!

The Challenge of Resources

In Church Planting as in wheat planting, finances are necessary. We will look to the Lord of the harvest to supply the finances through His established, obedient churches!

The Challenge to Recruit

We must recruit Hispanic speaking Church Planters who not only speak English and Spanish but who understand the Hispanic culture. We will pray the Lord of the harvest to send out laborers!

Will you be a partner in HIS church planting?

How can you help?

Is God leading you to support this ministry?

For information on donating contact:
Nelson Zarfas: (971) 600-3899‬ or nelson@baptistnetworknw.org